NIOS is “Open School” to cater to the needs of a heterogeneous group of learners up to pre-degree level. It was started as a project with in-built flexibilities by the Central Board of Secondary Education (CBSE) in 1979. In 1986, the National Policy on Education suggested strengthening of Open School System for extending open learning facilities in a phased manner at secondary level all over the country as an independent system with its own curriculum and examination leading to certification. Consequently, the Ministry of Human Resource Development (MHRD), Government of India set up the National Open School (NOS) in November 1989. The pilot project of CBSE on Open School was amalgamated with NOS. Through a Resolution (No. F.5-24/90 Sch.3 dated 14 September 1990 published in the Gazette of India on 20 October 1990), 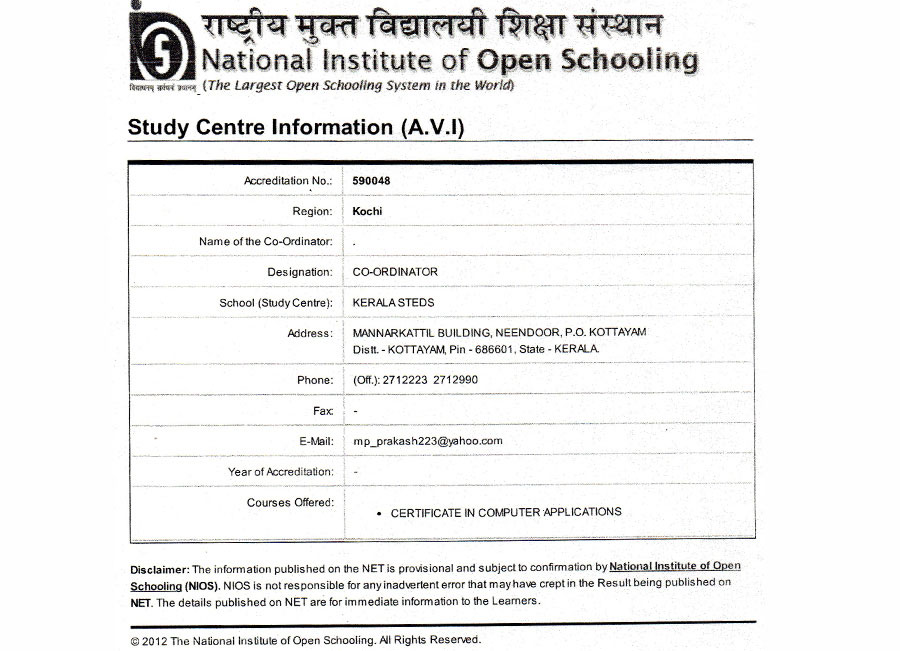